Diversity in the Digital Workplace 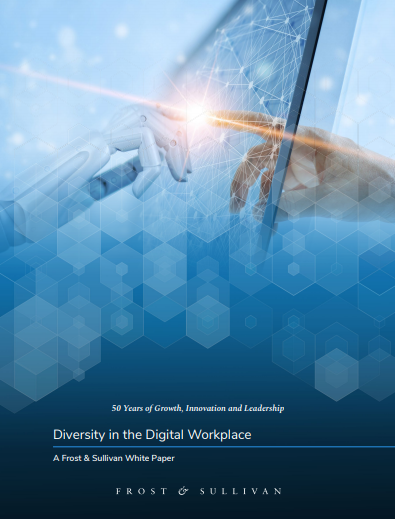 We need only look at a windmill to see that the world has been automating processes since the wheel was invented. Yet recent fearmongering would have us think that vast swaths of jobs or functions are being taken over by robots to the detriment, rather than betterment, of mankind. Still, who hasn’t sometimes wished that someone would magically appear to take over the handling of any number of tasks on our “to-do” lists? There is a better way of doing things and it is happening now; in fact, it has been happening in business for almost two decades. It’s true some segments of industries have automated sizeable amounts of processes, whether in factories with robotic workers doing mundane tasks that require precision or automated processes in contact centers, such as outbound dialing. Yet rather than see workers pushed aside, we’ve witnessed substantial benefits from the reduction in errors or even soporific mental effects forced on workers doing mundane and repetitive tasks. With the inclusion of smart assisted automation technology, typically the worker is freed up to do more interesting tasks or simply get to the most important task at hand more quickly. And that is just one fruitful facet automation brings.

Automation is here to stay. The future workforce will undoubtedly comprise of both humans and robots working collaboratively, and delving into the best way for the two to co-exist can catapult a business into the digital age. It’s time to bring diversity to the digital workplace and enable workers and their digital counterparts to work in harmony