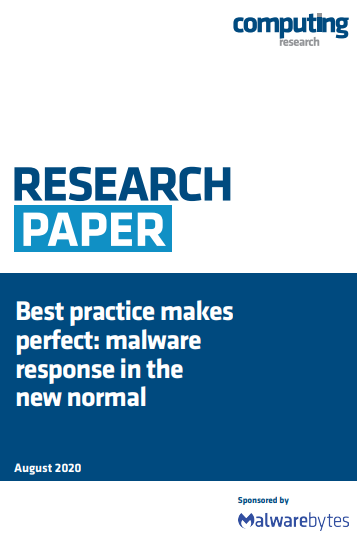 Cyber security teams already confessed to being overworked before COVID-19 – battling simply to keep their heads above a constant tide of security alerts, across numerous tools and reports. High-profile security breaches, with malware at their root, were a seemingly weekly occurrence. The financial and reputational damage that followed was often as hard to recover from as the attack itself. It comes as no surprise that some businesses have resorted to simply paying off cybercriminals.

The effects of the COVID-19 pandemic are an added burden to the cyber risks security operations center (SOC) teams are battling against. The massive rise in the number of employees working entirely from home, outside the traditional secure office environment, is testing pre-conceived notions of how to work safely and securely.

Computing surveyed around 150 cyber security decision-makers, representing organizations from a wide variety of industries, including education, finance, technology manufacturing, and the public sector, to gain a detailed picture of the challenges facing security teams in the modern environment.

Our objectives were to explore how SOC professionals were reacting to the rise in remote working, especially the increased susceptibility of employees to malware attacks; identify how such attacks have changed in terms of scale and sophistication, and examine the importance of quickly isolating and remediating an attack. The research also looks at how to secure their organizations after the pandemic.